Danish ingredients firm Chr Hansen has benefited from the growing
demand by food makers for natural colours. Higher sales of natural
colours helped to lift profit figures in a third quarter that also
gained from the increasing popularity...

US flavours giant International Flavors and Fragrances (IFF) has
avoided a hefty payout after a jury in the US ruled against four
popcorn factory employees who claimed a butter flavouring caused
harmful lung injuries.

At the table earlier this month in Geneva ingredients and additive
experts met to discuss the safety of a host of flavouring agents
and the construction of further principles for setting the safety
levels of food additives.

Job cuts are underway for the number four flavours player Symrise
with the equity fund owned firm warning 500 employees will be axed
from the workforce under a new drive for cost effectiveness,
increased competitiveness and top line...

Food manufacturers must continue to be on the alert for a red devil
as the list of products containing the potentially carcinogenic,
and illegal, red dye Sudan I is far from tailing off. Now the UK
Food Standards Agency is alerting...

Israeli flavours and ingredients group Frutarom benefited from the
recent merger with Swiss counterpart Flachsmann to post a 55 per
cent increase in first quarter sales. Growth in the functional
foods sector also contributed to the...

The more colours we see, the more we eat

A food product on the shelf must satisfy a range of senses to earn
consumer appeal. But US scientists claim that little understood
contextual cues - food display, colours - can lead to people eating
much more than they need.

The countdown begins to new food allergen labelling rules in Europe
that herald an end to the 20 year old '25 per cent' rule. Taken
together with escalating incidences of food allergies, new
opportunities have arisen in...

Flavours and extracts firm Frutarom has gained the worldwide
marketing rights to a range of natural antioxidants made by
Israel's RAD Natural Technologies, boosting its offering to health
and functional food makers.

US colours and flavours group Sensient continues to feel the impact
of soft markets in North American food and beverage segments,
particularly synthetic colours, posting a further drop in income
for the first quarter of 2004. Pressure...

Overseal expands in US, drives growth in natural colours

The key ingredient in the most popular ice cream in the world faces
a rise in price, already at a 10 year high, as the worst cyclone in
two decades hits Madagascar, the leading producer of vanilla.

Proof that soaring price rises are not only branded in the hard
pushed natural vanilla market with the news this week that
Norwegian ingredients company Borregaard Synthesis has hiked up the
price for its line of synthetic vanillin...

Added value pays off for Kerry

Driving hard into value added ingredients has paid off for Irish
food group Kerry as the company faces off tougher currency exposure
in 2003 to see a steady rise in sales and operating profit.
European bottom line benefits from greater...

Frutarom Switzerland, the recently acquired Swiss arm of Israeli
flavours group Frutarom, has pulled on synergies from its new
parent to launch a new line of grapefruit flavours, the first in a
range of citrus flavours.

UK flavour chemicals spread in the US

UK manufacturer of aroma chemicals for food, Oxford Chemicals, made
moves this week to extend the company's reach in the US signing on
a US company for distribution.

Additive labelling, how far should the industry go?

The debate on the labelling of additives on food products shifts up
a gear in the UK with the Consumers' Association criticising the
government and the country's food watchdog for failing to make
nutrition a priority.

US company Balchem Encapsulates has linked up with century-old
flavours firm David Michael to carve out a stronger position in the
North American microencapsulation flavours market.

Danisco is on the acquisition trail with rumours suggesting the
Danish ingredients giant is preparing to buy the food additive arm
of ailing French chemicals business Rhodia.

Competition in European flavours heated up this week as Cargill,
the largest private company in the US, signed on the dotted line
for UK flavours group The Duckworth Group (TDG).

Pinpointing growth areas in the food industry, leading US flavours
company International Flavors & Fragrances (IFF) is to break
ground on a new facility in the bakery and savoury application
areas.

An emergency decree passed late last month by the Italian
government in a bid to save dairy giant Parmalat from collapse
looks set to win support from the European Commission on the back
of guarantees that there will be no state bail-out...

Steady growth for US flavours

The ongoing consumer desire for natural ingredients, combined with
a growing interest in more complex and authentic flavours, will
drive market demand for flavours and fragrances in the US to a
value of $4.4 billion (€3.4bn) by 2007.

Hot on the heels of disappointing third quarter results, notably in
the colours division hit by weaker sales in the US, Sensient
Technologies has announced a round of cost cutting measures which
will include job losses.

Despite a 'challenging' year that saw profit before tax falling by
24 per cent for the first six months, UK flavours company Treatt
has reined in results posting a steady, erring on grey, set of
figures for the year. 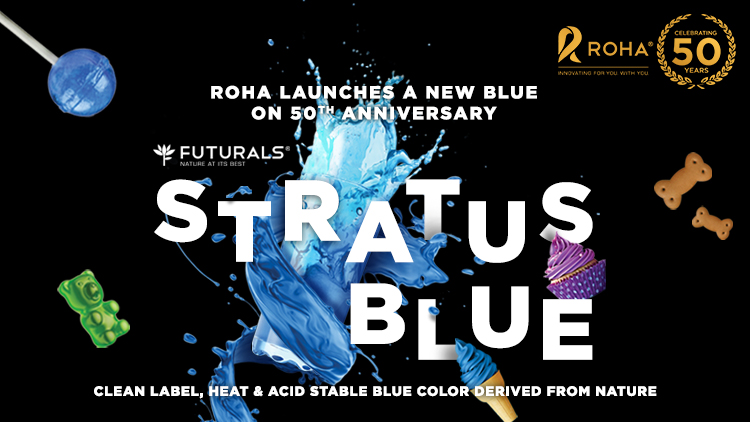 This blue sourced from nature brings to your food plate various shades of blue!

This August as ROHA turns 50, ROHA celebrates their legacy... 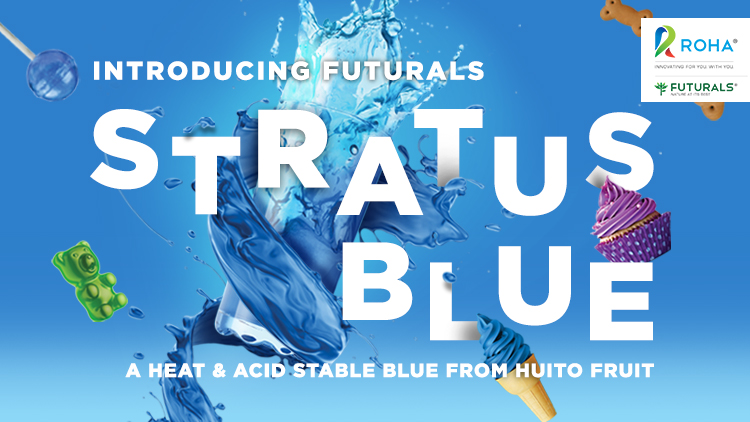 Huito is a tropical fruit from the Genipa Americana tree grown in Peru. Its clear juice turns blue when exposed to oxygen. Unsurprisingly, it is known...