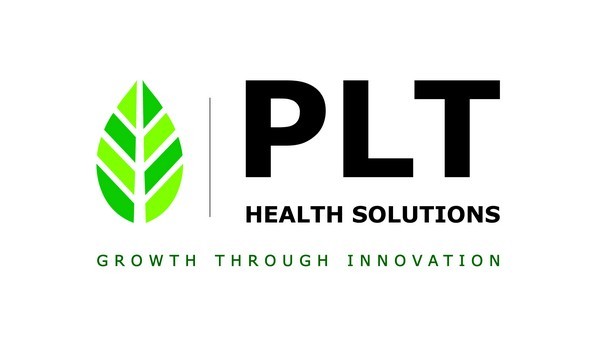 Caffeine is the fuel for many people’s workdays, study sessions and workouts but use of the stimulant has downsides. Pursuit of a long, strong effect attracts consumers and the manufacturers that serve them to high-dose products. But the resulting spike in caffeine levels causes jitters as the stimulant takes effect and a crash when energy levels drop rapidly. PLT Health Solutions’ answer to these issues is zümXR Targeted Release Caffeine, which enables consistent, tailored caffeine experiences.

The idea of modifying the release of caffeine to avoid the spike and crash associated with high doses of the stimulant is well established. These products aim to deliver steady, active, experiential doses of caffeine over a prolonged period of time. Instead of spiking and crashing, caffeine levels rise and fall gradually over hours, allowing users to maintain their energy levels during times when multiple dosing of caffeine (drinking coffee etc.) is not convenient or accessible.

That is the goal of modified-release caffeine products. However, in practice the approach has sometimes failed to live up to this potential and for many products comes with limitations that restrict how manufacturers incorporate the technology into their product lines.

Formulators have approached the modification of caffeine release from two main angles. One approach is to encase caffeine in a lipid or wax coating. This coating creates a physical barrier between caffeine and the absorption mechanisms that will transfer it from the gastrointestinal tract to the bloodstream. The concept is, as the coating breaks down, caffeine is gradually released, resulting in a longer, more gradual increase in the level of the stimulant in the bloodstream.

This approach in theory can be very effective but in practice  has limitations. Notably, lipid coatings are not heat stable. As such, the coatings cannot be used in any production process that involves the application of heat. This rules out many attractive dosage forms, including gummies, pasteurized beverages and tablets. If a lipid coating is used in these applications, it will break down during production, resulting in the immediate release of caffeine when the product is consumed.

The other problem is that lipids float on liquid matrices, making formulation into drinks impossible. Lipid-coated powders are available but these float on the surface when mixed with water, affecting consumer perceptions of the product and the resulting distribution profile. These issues mean use of lipid coatings is largely limited to capsules.

The second commonly-used modified-release approach enables the development of tablets with non-immediate dissolution profiles. Caffeine release in this second approach is dictated by the rate at which the tablet breaks down in the gastrointestinal tract. As the tablet gradually falls apart, caffeine is released for absorption into the blood. Again, this approach in theory can be effective but it has shortcomings that sometimes stop it from working as intended.

In this case, the problems stem from inconsistent dissolution rates of the tablets. Batch-to-batch and person-to-person variation in the composition of the tablets affects the rate at which they break apart and release caffeine. One tablet may release caffeine too quickly, leading to the peaks and crashes associated with immediate-release products. Another may release the stimulant too slowly, resulting in caffeine levels that fail to deliver the desired experiential effect.

PLT has sought to address these issues by applying experience and technology honed and developed in the pharmaceutical industry to the release of caffeine. These efforts have resolved some of the shortcomings of previous efforts while providing food, beverage and supplement manufacturers with a suite of technologies that enable the customization of the caffeine experience in many applications.

Using dissolution design modeling techniques pioneered in the pharmaceutical industry, zümXR has created heat stable microbead delivery systems to control payload release. The multi-patented technology is suitable for use in many of the applications that are off limits to other modified-release technologies, including gummies, tablets, gels and supplements, and can deliver synthetic anhydrous caffeine and natural green coffee bean caffeine. PLT sources its natural caffeine from companies that use solvent-free processes, resulting in a clean label that meets consumer demands.

zümXR has used its technological advances to develop three distinct targeted release forms. One of the zümXR products has a delayed-release profile. This releases very little caffeine in the hour after consumption, before very quickly releasing nearly all of its payload. The result is a short, pronounced caffeine experience that kicks in later than immediate-release formulations.

That is one way zümXR enables manufacturers to move beyond immediate-release caffeine. The two other technologies provide a sustained-relief profile. One of the technologies uses liquid stable microspheres that gradually release caffeine over five to six hours, making it well suited for use in two to four ounce shot beverages. The other technology gives non-beverage applications a gradual, four-to-five hour caffeine release profile.

This portfolio of technologies enables PLT to work with customers to tailor the caffeine experience their products provide. Using a combination of immediate, delayed and/or extended-release caffeine gives food, beverage and supplement manufacturers significant control over how a consumer feels after taking their products.

For example, a manufacturer targeting the workout sector could incorporate all three release profiles into a product. The resulting product would provide an immediate burst of energy, followed by a mid-workout boost when the delayed-release caffeine kicked in one hour later. Then, the inclusion of extended-release caffeine would gradually return levels of the stimulant to baseline, preventing a post-workout energy crash.

The breadth of applications addressable by zümXR is one way PLT has sought to differentiate itself from other companies in the modified-release space. The other differentiator is how zümXR approaches the development and manufacturing of its products.

Having used pharmaceutical processes, technologies and standards to develop its technologies, PLT is applying similar approaches to the production and testing of its products. Notably, zümXR has made the dissolution profile part of its product specification. That means zümXR tests every lot it manufactures to ensure it has the tight dissolution profile detailed in the product information. This results in greater lot-to-lot consistency and, by extension, a more consistent caffeine experience for consumers. The tests also verify compliance with quality standards.

Lot testing is the final step in the process of delivering consistent products. Upstream, zümXR ensures the lots it produces will pass the test by tightly controlling its raw material and process specifications. This eliminates sources of variability that could affect the dissolution profile of the final product.

Similar, pharmaceutical-style thinking underpins zümXR’s approach to the evaluation of the effectiveness of its modified-release technologies. zümXR enlisted Acceleration Laboratories, an analytical testing lab that works with the pharmaceutical and nutraceutical industries, to perform early research on the release profiles of its products. Studies run by the third-party lab showed zümXR’s technology modifies the release of caffeine when exposed to pH levels similar to those found in the gut.

PLT followed up those findings by running a clinical pharmacokinetic trial to assess the blood caffeine levels of people who took its products. The results, which are being prepared for publication, showed the technologies performed as expected, clinically substantiating claims about their ability to modify the rate at which caffeine enters the bloodstream.

PLT’s efforts have given it a suite of technologies that reliably modify the release of caffeine and are suitable for use in applications across the food, beverage and supplement sectors. That marks a step forward for the modified release of caffeine, which has historically been constrained by the limitations of lipid coatings and the inconsistency of tablet erosion.

Equipped with its release technologies, PLT is working with manufacturers in multiple industries to craft products that consistently deliver the desired caffeine experience. Whether a manufacturer is trying to help an athlete through a multi-hour workout or support a student through a late-night study session, PLT has the means to deliver the energy the consumer needs, when they need it.