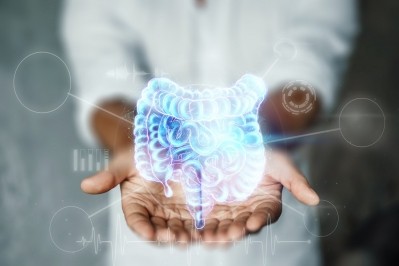 A new report shows enzymes, acidulants and hydrocolloids are the best performers in terms of global food and drink additive growth but preservatives and sweeteners are suffering due to the industry migration from artificial ingredients.

Combining inulin with the bulking agent polydextrose may reduce the sugar and fat content of milk chocolate, without affecting consumer acceptance, suggests a new study.

Cutting out colours and preservatives from the diets of hyperactive
children should be standard part of dealing with the disorder, says
a professor who takes a more stringent view than the FSA following
the Southampton study publication.

MEPs vote for ban on unnecessary colours for kids

Sweeteners and colourings in food aimed at children should be
banned, while additives ought to be used in other products only if
they provide an advantage to the consumer, said the EU Environment
Committee.

The FSA has issued new advice on certain artificial additives
following research into a link with children's behaviour: that
eliminating them from the diet could have some benefits for
hyperactive kids or those with ADHD.

Wild has developed a blue colour from nature that it claims is
ideal for confectionery applications.

Europe's food safety authority has issued information on current
food additive laws ahead of the upcoming Codex meeting in China.

Low-level formaldehyde in gelling agents not a problem, says EFSA

The presence of low-level formaldehyde in gelling agents like
carrageenans and alginates does not pose a threat to human health,
the European Food Standards Authority (EFSA) has reported.

Europe's food safety authority has called for data on food colours
as part of a systematic re-evaluation of all authorised food
additives in the EU.

How new EU ingredient revisions could impact US firms

New measures adopted by the European Commission designed to
streamline the approval of additives, colors, flavorings and
enzymes, could result in longer approval procedures for US
exporters, with some presently approved ingredients...

The UK's FSA is holding a formal consultation on four proposals
within the Food Improvement Agents Package that could affect
numerous food makers.

CP Kelco claims to have developed new data that sheds more light on
how 'mouthfeel' is developed in beverages.

Codex has launched a searchable web-based version of its standard
General Standard for Food Additives (GSFA) to inform food firms
about the latest developments.

The combination of common food additives could interfere with the
development of the nervous system, raising new concerns about the
health implications of children's diets, according to a new report
published today.

Hydrocolloid industry sees competition step up a gear as US
ingredients firm Cargill, for the first time, buys into the pectin
market through the acquisition of Citrico, reports Lindsey
Partos.

Family-owned US firm JM Huber completes on the CP Kelco purchase,
buying straight into the number one pectin and xanthan gum slot.

In a bid to help food makers correctly label their food products,
Australia and New Zealand's independent statutory authority this
week underlines the legal requirements for flavours used in foods.

Artificial sweeteners will lead the growth in the food additives
market on the back of rising consumer demand for functional foods,
closely followed by nutraceuticals and food preservatives, but
flavours will remain, by far, the largest...

At the table earlier this month in Geneva ingredients and additive
experts met to discuss the safety of a host of flavouring agents
and the construction of further principles for setting the safety
levels of food additives.

In a move to beat unfair competition, the European Council has
adopted an amendment of its directive on food additives other than
colours and sweeteners. The changes set out to harmonise the use of
food additives in flavourings at...

‘A critical milestone’ for stevia: HOWTIAN achieves up to 12% average Reb A yield this season