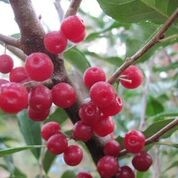 A new study looking at the autumn olive berry (AOB) - branded by a promoter as Lycoberry - has confirmed the rich assortment of proanthocyanidins and alpha- and gamma- tocopherols in the fruit to go with the previously discovered high levels of lycopene. The...

Waste tomato pulp could be cheap thickener for ketchup

Tomato pulp powder, a by-product of the tomato processing industry,
could be used at low levels as a thickening agent in ketchup, in
place of other hydrocolloids, says a study from Iran.

Lycopene may show benefits against benign prostate hyperplasia
(BPH), a condition said to affect more than half of all men over
the age of 50, suggests a new study from Germany.

Spain's Vitatene is looking to extend the use of lycopene by adding
it into a range of food products such as drinks, and cereal.

CRS Technologies has revealed its novel shearing process applied to
fruit and vegetable waste produces stable emulsions and powders
rich in phytonutrients, and with increased bioavailability.

Researchers from Taiwan are eying a combination of gelatin and
poly(-glutamic acid) (-PGA) for the encapsulation of lycopene from
tomato pulp waste, offering alternatives for the ingredient
increasingly in the consumer's eye.

The European market for lycopene as a functional food ingredient
looks to be opening up, since Vitatene gained novel foods approval
for its ingredient derived from the Blakeslea trispora
fungus last year.

PLThomas is set to offer LycoRed's natural colorant line to food
and beverage companies throughout the United States, Canada and
Mexico, in an exclusive deal that expands the distrutors reach with
the natural red antioxidant...

Just a few months after its approval in the US, a natural tomato
food colorant claims to have attracted strong interest as food and
beverage manufacturers look to clean up their labels.

Nutritional ingredient firm LycoRed has embarked on a corporate
image redesign in an effort to strengthen its market presence.

A natural tomato lycopene has been classified as a food colourant
in the US.

Further trials are needed before lycopene, obtained from Blakeslea
trispora, can be classified as a safe food colour, says EFSA.

Research by DSM Nutritional Products provides further evidence of
the mechanism behind lycopene's protective role against prostate
cancer, giving extra support for its use in functional foods and
supplements.

Northwestern University is seeking to discover whether lycopene -
an antioxidant commonly found in tomatoes and tomato-based products
and commonly perceived to reduce the risk of developing prostate
cancer - can reverse pre-cancerous...

After confirming that a combination of vitamin E and lycopene has a
positive effect on the growth of prostate tumours in mice,
scientists in the Netherlands have initiated a trial in men
suffering from the disease.

Boosting 'added-value' opportunities for companies working with
corn, new research from government scientists on a fungus could
hold the key to using corn fibre as a factory for the production of
the potent antioxidant lycopene,...