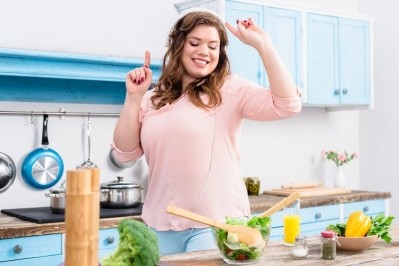 Researchers in Israel reported that participants in a dieting study who showed greater Body Mass Index (BMI) decreases had higher potassium intakes than those with modest BMI decreases. 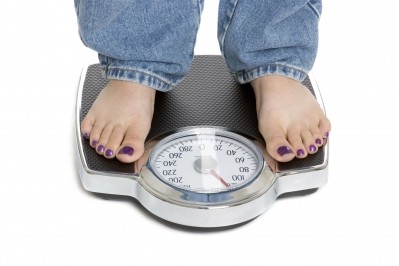 Having a sweet tooth or being a ‘supertaster’ for bitter flavors may put people at reduced risk of developing metabolic syndrome, but being both may not be so good, suggests a new study from The University of North Carolina at Chapel Hill with implications...

More fibre, not less sat fat, may be key for metabolic syndrome: Study

A diet high in fibre – but not necessarily one low in saturated fat or cholesterol – is associated with lower risks of heart disease and type-2 diabetes in teenagers, according to new findings.

Regular consumption of soda and other sugar-sweetened beverages is associated with a clear and consistently greater risk of metabolic syndrome and type-2 diabetes, according to a meta-analysis of 11 published studies.

Consumption of high levels of processed red meat is associated with higher risks of developing metabolic syndrome, according to new research.

People with metabolic syndrome are nearly twice as likely to reverse the condition if they adhere to a healthy diet, according to a study published in Diabetes Care.

Typical high-carbohydrate, low-fat breakfasts, such as cereal or toast, may not be as healthy as previously thought, if results from a new mouse study are shown to apply to humans, researchers say.

‘Moderate’ consumption of fructose-containing sweeteners may produce ‘modest but significant changes’ that may contribute to the development of metabolic syndrome, says a new rat study.

A highly methoxylated apple pectin (HMAP) may counter changes in
metabolism and cardiovascular health associated with the metabolic
syndrome, according to a study from Spain.

Two research groups have joined forces to identify natural
compounds that could hold potential in the prevention of metabolic
disease and obesity.

Phospha E receives GRAS for use in foods

Australian firm Phosphagenics has said that its patented
Phospha E vitamin E ingredient has been self-affirmed as GRAS
(generally recognized as safe), which will soon open the door for
its use in foods and beverages in the US.

Anthocyanins, antioxidant pigments from fruit and vegetables, have
a "significant potency" against fat cells and could be
used for the prevention of weight gain, suggests a new study from
Japan.

Eating just two servings of meat a day can increase the risk of
developing metabolic syndrome by 25 percent compared to consuming
meat twice a week, according to new research.

Drinking more than one soft drink a day is associated with a 50 per
cent increased risk in metabolic syndrome, says a new study from
the US.

Dairy may protect against metabolic syndrome

Increased intake of milk and other dairy products may reduce
metabolic syndrome and should be recommended as part of a healthy
eating pattern, says new research from Wales.

Maitake Products has secured a United States patent for its active
glycoprotein, SX-Fraction, from the maitake (grifola
frondosa) mushroom, and plans to target it to support
metabolic syndrome.

Health conditions that were once almost exclusively associated with
the elderly are now being increasingly diagnosed in children,
according to a new report, which calls for immediate dietary
intervention.

Teenage girls who have a large waist circumference and a high
levels of triglycerides may run a greater risk of developing
metabolic syndrome in later life, according to research published
in this month's issue of Pediatrics.

The more dairy products consumed, the less likely your chances of
metabolic syndrome, suggests a new study out of Iran.

New findings from Japanese researchers could help society
understand the mechanistic role of obesity in the metabolic
syndrome and could eventually help stem the obesity epidemic.

Eating more wholegrain foods could help people reduce their chances
of developing metabolic syndrome, say researchers, analysing the
role of carbohydrates on insulin resistance and the prevalence of
the metabolic syndrome in a large...