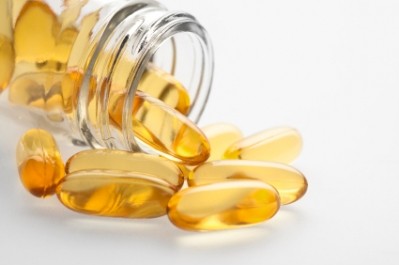 Is the omega-3 sector in decline?

Growth in fish oil sales have been described by the CEO of Vitamin Shoppe as ‘softening’, while data from GOED indicates that 12 million users have left the category in the US, so is the omega-3 sector in decline? 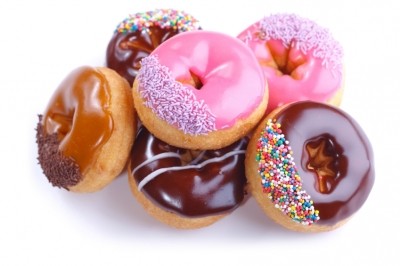 Regular consumption of foods that have been deep-fried is associated with an increased risk of developing prostate cancer, warn researchers. 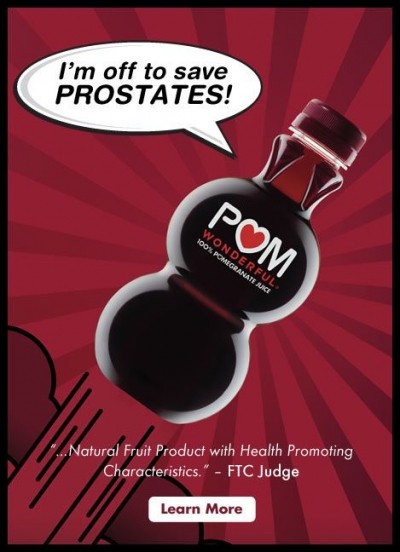 ‘I’m off to save prostates’: POM goes on offensive with new ads post FTC ruling

POM Wonderful has gone on the offensive following a ruling on its legal battle with the Federal Trade Commission (FTC) from an administrative law judge (ALJ) with a bold series of new ads selectively quoting from his 335-page initial decision.

No red or processed meat link to prostate cancer: Meta-analysis

Dietary intake of red meat or processed meat has no positive association with the occurrence of prostate cancer, according to a new meta-analysis of 26 studies.

Consumption of calcium from non-dairy sources could increase the risk of developing prostate cancer, according to the results of a study conducted among Chinese men.

Flaxseed lignans might offer protection against breast, prostate, colon, and skin cancers while the soluble fibre they contain could help maintain steady blood sugar levels, found a review of research into the seed.

Fats of any kind may boost prostate cancer risk: Study

Increased intakes of fats, from saturated to polyunsaturated fats, may increase the risk of prostate cancer, says a new study.

Increased intakes of red meat may increase the risk of prostate cancer, with the meat’s heme iron content one of the possible culprits, says a new study from the US.

The lignan metabolite enterolactone may prevent the spread of
prostate cancer by acting at the genetic level, suggests new
research that deepens our understanding of the topic.

Extracting antioxidant carotenoids from tomato waste and adding
them to edible oils boosts the thermal of stability of olive and
sunflower oils, reports a new study.

Increased intakes of trans-fatty acids may increase the risk of
non-aggressive prostate tumours by about 100 per cent, suggests new
research from Harvard.

Lycopene may show benefits against benign prostate hyperplasia
(BPH), a condition said to affect more than half of all men over
the age of 50, suggests a new study from Germany.

An increased intake of full fat dairy products may reduce the risk
of prostate cancer, says a new study from Hawaii.

Eating a low-fat and plant-based diet could reduce the risk of
prostate cancer or slow onset of the disease, a new study has
found.

Increasing omega-3 fatty acid levels, and decreasing levels of
omega-6, could reduce the risk of prostate cancer risk in
individuals with a genetic predisposition to cancer, if results
from an animal study can be translated to humans.

Too much milk and cheese appears to increase the risk of prostate
cancer in male smokers, say researchers from the US National Cancer
Institute.

An avocado extract has been shown to inhibit the growth of prostate
cancer cells in lab research, reports Philippa Nuttall.

Research by DSM Nutritional Products provides further evidence of
the mechanism behind lycopene's protective role against prostate
cancer, giving extra support for its use in functional foods and
supplements.

Northwestern University is seeking to discover whether lycopene -
an antioxidant commonly found in tomatoes and tomato-based products
and commonly perceived to reduce the risk of developing prostate
cancer - can reverse pre-cancerous...

After confirming that a combination of vitamin E and lycopene has a
positive effect on the growth of prostate tumours in mice,
scientists in the Netherlands have initiated a trial in men
suffering from the disease.

Scientists in Wales today suggested they have found a way to slow
down the metabolism of vitamins A and D, giving them the staying
power to help men with advanced prostrate cancer that no longer
responds to hormone therapy.

A carotenoid found abundantly in spinach could help the body fight
prostate cancer, according to new findings on neoxanthin from
scientists in Japan.

Researchers are to investigate whether a genistein-rich food,
derived from soybeans and shiitake mushrooms, could help slow or
even halt the progression of early prostate cancer.

Tomatoes to reduce tumours in women?

Lycopene, the tomato-derived antioxidant thought to fight prostate
cancer, may also help to inhibit benign tumours of the uterus,
which cause painful symptoms for millions of women, say
researchers, reports Dominique Patton.

A little-known molecule created in the intestine when soy is
digested is a powerful blocker of a potent male hormone involved in
prostate cancer and male pattern baldness, shows a new animal
study.

A little-known molecule created in the intestine when soy is
digested is a powerful blocker of a potent male hormone involved in
prostate cancer and male pattern baldness, shows a new animal
study.

A diet rich in vitamin E appears to protect against both prostate
cancer and bladder cancer, according to new research that lifts
hopes for the vitamin after disappointing recent studies, writes
Dominique Patton.

Oil from the seeds of an Asian plant, already shown to fight
leukaemia, also appears to kill prostate cancer cells and shrink
human tumours grown in mice, report US researchers. Human trials
could provide a promising treatment for...

An information boost for isoflavones

Leading isoflavone producer Novogen has launched a research centre
that will provide consumers and the media, increasingly drawing
attention to isoflavone supplements, with the latest information on
the plant-derived compounds.