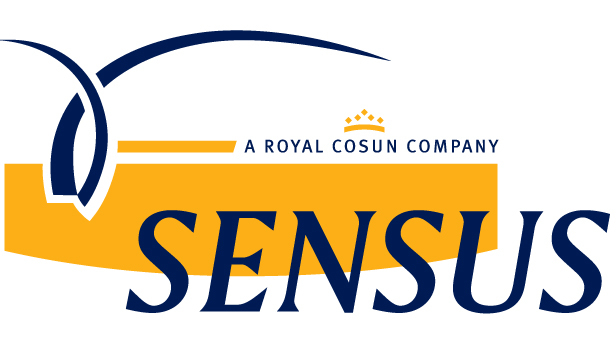 Our intestines harbor a highly complex and dynamic community of microorganisms whose number greatly exceeds that of the human cells comprising our bodies. The community of gut microbes and the human body live in symbiosis, which means they both benefit from the interaction with each other. We, the hosts, provide indigestible foods like dietary fiber to our gut microbes who, in return, provide us with beneficial metabolites as they extract energy from these foods via fermentation. Moreover, the gut microbiota contributes to the general health of the body and prevents invasion of infectious pathogens. Therefore our immune system continually benefits from the interaction with the gut microbes.

In the last few decades, researchers have begun to unfold the complexity of the diverse ecosystem of microbes harbored in our gut. Despite the huge diversity of microbes in the gut, scientists have found that specific groups are more abundant than others, for example Bacteroides, Faecalibacterium, Alistipes, Ruminococcus ​and Clostridium​. Another highly prevalent microbe in the human gut of more than 99% of people is the Bifidobacterium. ​This genus is especially highly abundant in the infant gut microbiota [1]. Bifidobacteria have coexisted with the mammalian gut for over thousands of generations vouching for a strong symbiosis between this key microbe and the human body [2].

Bifidobacteria thrive on the non-digested carbohydrates, fibers and oligosaccharides in our intestines and ferment these for growth while producing short chain fatty acids (SCFAs). The fermentation of these substrates is highly preferred over a protein fermentation which releases toxic molecules that in the long  term can cause health issues [3]. Bifidobacteria presence is associated with improved digestive health, inhibition of intestinal pathogens and reduction of rotavirus infections. Moreover, decreased levels of this species have been associated with several disorders such as irritable bowel syndrome (IBS), allergies and antibiotic associated diarrhea [4].

The remarkable findings on such diversity of microbes have encouraged scientists to study the evolutionary reason for such a gathering in the human gut. In the last decade, a wealth of human studies investigating the associations between microbial composition of the gut and numerous different health states such as obesity, diabetes, mental states, amongst many others, has revealed that the composition of the gut microbes has more far reaching effects. Amazingly, gut microbiota have been shown to impact various physiological processes ranging from obesity, to energy metabolism, blood pressure control, glucose homeostasis and even cognitive processes and behavior [5]. This opens an opportunity to improve health by modifying the composition of our gut microbiota.

It is well known that chronic issues/diseases, such as obesity, cardiovascular diseases, diabetes and cancers account for more than 60% of all deaths globally [6] and this is mainly true in the westernized world.

Urbanization has modified the gut microbiota. Fiber fermenting microbes, such as bifidobacteria, have decreased while bacteria metabolizing animal protein and fat have increased [7]. Such western diseases are multifactorial including genetics, diet, physical activity level and environmental exposure to toxins. Diet and physical activity are the most accessible targets to improve human health as they are modifiable risk factors for chronic disease development. Thus modulation of the gut microbiota to a more healthy composition through diet has become a promising approach to improve human health.

A simple way to improve the composition of the gut microbiota is by increasing the intake of dietary fibers and prebiotic-rich foods, the preferred food for the good gut microbes. The critical and common feature of fibers and prebiotics, in this respect, is that neither are digested nor absorbed in the human small intestine and thereby reach the human colon intact. However, not all fibers are prebiotics. According to the International Scientific Association of Probiotics and Prebiotics (ISAPP), prebiotics are “substrates that are selectively utilized by host micro-organisms conferring a health benefit” [8]. Therefore, it is key to prebiotics that specific microbes can selectively use or ferment them.

A type of fiber that is selectively fermented in the gut by microbes is fructan fibers, which are also one of the most studied prebiotics. Fructans are non-digestible carbohydrates present in a variety of plants as an energy reserve. The chicory root naturally contains a high level of these fructan prebiotics which are extracted with hot water to give powders or liquids of chicory root fiber. The ISAPP recognizes chicory fructans, i.e. inulin and fructooligosaccharides, as prebiotic in its recent peer-reviewed publication [8]. Moreover, chicory root fibers can be widely applied in food products due to their pleasant taste and flexible texturizing properties. In a recent review, the FDA found that the available evidence regarding dietary fiber confirmed that fructans are dietary fibers with beneficial effects for human health [9].

When fructans like chicory root fiber are ingested, they are selectively fermented by the bifidobacteria residing in the colon. These organisms ferment fructans in order to use them as an energy source, which leads to their proliferation and to the production of SCFAs. These SCFAs subsequently serve as energy source for other types of beneficial microbes and for the intestinal cells of the human host.

The beneficial effect of chicory fructans on microbiota composition is consistently documented in the literature with dozens of quality human clinical trials and this effect has been shown across all ages [1, 10]. The stimulation of intestinal bifidobacteria by chicory root fructans is confirmed using several different methodological approaches. An ingestion of just 5 grams of chicory root fructans per day leads to increases in bifidobacteria [11]. A recent systematic review and meta-analyses on the effect of dietary fibers including prebiotics on the human gut confirmed that commonly accepted prebiotics like fructans led to significantly greater abundance of Bifidobacterium ​spp. in comparison to general fibers [12].

Once in the colon, the prebiotic fructans are first fermented by the bifidobacteria to the SCFAs acetate and lactate, and then other microbes join so more of the SCFA butyrate is produced. Butyrate is a major energy source for the mucus cells of the human colon and is essential for maintaining their health and for producing sufficient mucus to function well [13]. Adequate production of intestinal mucus is paramount to protect our gut lining from toxins, pathogens and allergens, amongst other functions.

Importantly, digestive health is improved by fructan fermentation due to an increase in stool bulk [1, 14]. At the same time, fermentation leads to increased bifidobacteria abundance. Bifidobacteria themselves protect against pathogens by producing substances that reduce the presence of microbes, i.e. antimicrobials, contributing to an acidic environment and blocking the adhesion of pathogens to the intestine [15].

Consumption of chicory root fiber can modulate the human gut microbiota to promote health. Besides the effects in the intestine, evidence is accumulating for whole body effects of prebiotic fermentation and SCFAs production by the gut microbiome in addressing obesity and obesity-related complications such as nonalcoholic fatty liver disease, insulin resistance and type 2 diabetes mellitus. Numerous animal studies support a beneficial role of metabolites produced by gut microbiota in the prevention and treatment of these disorders. Widespread interest in large scale human studies continues to accelerate as these studies are increasingly showing that prebiotic fructans have myriad positive effects, including fat oxidation, lipid metabolism and satiety which are promising to ameliorate obesity and associated conditions [16].

Finally, an emergent and exciting branch of research has begun to elucidate a communication pathway between gut bacteria and the central nervous system, the so-called gut-brain axis. Evidence is accumulating that prebiotics and SCFAs can modulate the hormonal stress response that may underlie mental health issues such as anxiety [17]. Thus future research into the gut microbiome-brain communication and dietary components as prebiotics may be applied to improve various aspects of mental health such as mood.