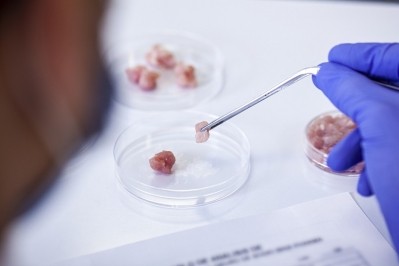 What does FDA’s greenlight of cultivated meat mean for Europe? ‘There are worldwide implications’

In the US, a cultivated meat product has successfully completed the FDA’s pre-market safety review, moving it one step closer to commercialisation. What implications does this regulatory greenlight have for Europe’s cell-based meat sector?

Organically grown produce may offer no nutritional benefits over traditional growth methods, according to a new study.

New labelling guidelines were issued this week by the UK Food
Standards Agency (FSA) to help manufacturers in present vital
product information in a clearer way.

Cadbury to remove artificial colors by end of 2008

Cadbury Schweppes has pledged to remove all artificial colorings
from its confectionery products by the end of the year in response
to concerns over their possible effects on behavior.

Southampton colours should be phased out, says FSA

Artificial colours linked to hyperactivity in children by the
Southampton study should be phased out in Europe, said the UK Food
Standards Agency today.

Making a meal out of saturated fat

The food industry across Europe needs to make a big effort to
reduce saturated fat in food regardless of whether national
agencies set targets - and it should not wait around for
governments to do all the awareness-raising with its...

Researchers at the UK Institute of Food Research have warned that
fortifying flour with folic acid may lead to a range of health
problems, a finding that calls into question the Food
Standard Agency's approval of the move earlier...

The UK's FSA has issued its harshest judgement on the food
industry's use of artificial colour and preservatives yet,
following the publication of the Southampton study at the beginning
of the month, and is calling for action...

More than a thousand new food products claiming to be additive- and
preservative-free have been launched in the UK this year, according
to Mintel, representing almost a quarter of all launches and nearly
three times as many as any...

Three consumer organisations have accused the UK regulator of
having "misled" the public and of being in the pocket of
manufacturers over its approach to a major study on food additives.

Whole milk will not be blacklisted as a product unsuitable to be
advertised on children's television in the UK, the Food Standards
Agency has revealed.

One per cent can help reduce sat fat, says agency

Milk that contains only one per cent fat can be used as an
ingredient in food products to help formulators reduce saturated
fat levels in line with guidance targets, says the FSA - advice
that could help stimulate a sector of the...

The decision by the UK's Food Standards Agency to recommend
mandatory fortification of either bread or flour with folic acid
has met with a positive response, both from the bakery industry and
medical researchers.

A High Court judge has ruled that the UK's Food Standard Agency
(FSA) did not act unlawfully in its failure to act over illegal GM
rice that entered the UK food chain late last year.

The battle of wills between the UK food watchdog and industry
heavyweights over nutrition labelling threatens to destabilise the
balance of power between industry and government.

The UK food safety watchdog has revised its guidance on dairy
hygiene in an attempt to defuse pending legal action from the EU,
after allegations UK officials failed to protect the public from
contaminated milk.

A meeting between the EC's directorate general for health and
consumer protection and the UK's food safety watchdog was 'positive
and constructive', according to FSA chair Deirdre Hutton.

Newly published salt reduction targets have been cautiously
welcomed by the UK food industry as being 'more realistic than the
2005 proposals', though health campaigners are furious.

Owen Warnock, partner and food law expert at law firm Eversheds,
believes that UK plans to simplify the regulation and legislation
of the food industry are to be welcomed.

A UK study into the widespread use of food marketing terms has
found that consumers remain deeply sceptical about a number of
common phrases.

The exiting chief executive of the UK's Food Standards Agency will
leave behind an organisation well equipped to deal with crises, and
make difficult but necessary decisions.

Improving communication between food scientists working on the
harmful chemical acrylamide identified in starch-rich fried foods
two years ago, Europe's food agency this week publishes an
'information base' with updated...

The UK food industry has backed a new campaign launched today by
the country's food agency to slash salt levels in food products and
reduce overall salt consumption in the consumer diet.

A slice of nut and nut products on sale in the UK today, including
peanut butter and marzipan, were found to contain harmful toxins,
said the UK's food watchdog this week, following an annual survey.
Retailers rush to amend the...