US and Canada compromise on organic equivalency for certain meats, dairy

The United States and Canada have taken another step toward organic equivalency, with US organic standards for dairy, beef, sheep, goat and bison now considered equivalent to Canadian requirements.

USDA allows continued use of 12 substances in organic production

The US Department of Agriculture (USDA) has published a final rule allowing the continued use of 12 substances in organic production and handling that were due to sunset this year. 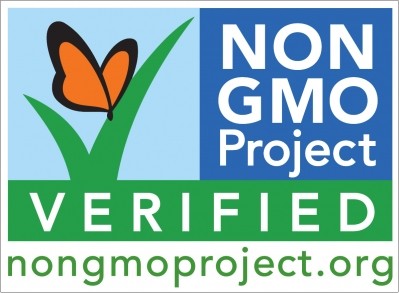 The non-GMO symbol is a useful reference point for consumers, many of whom still have gaps in their knowledge of genetically modified (GM) foods, according to natural and organic food companies.

The US Department of Agriculture (USDA) has decided to fully deregulate alfalfa that has been genetically modified (GM) to be resistant to Monsanto’s Roundup-brand herbicide, the agency has said.

Gellan gum has been included in the National List of non-organic ingredients allowed for use in organic foods and beverages, according to a Federal Register notice.

US adults less eco-friendly in 2010

Americans were less likely to engage in environmentally friendly behaviors in 2010 than they were in 2009, despite being more likely to identify with eco-friendly terms, according to a new survey from Harris Interactive.

The National List of permitted non-organic ingredients in organic foods is not encouraging innovation in organic supply, claims a new paper published in Food Technology.

The US Department of Agriculture (USDA) has blocked a Chinese branch of a US organic certifier from certifying Chinese organics, the New York Times reports.

The USDA has strongly refuted allegations that the National Organic Program (NOP) is subject to what organic campaign group, The Cornucopia Institute, terms “undue corporate influence.”

Synergy Flavors’ Chicago facility has received organic certification, which will allow it to increase provision of organic flavors, and respond to sustained demand for ‘clean label’ products, the company has said.

Companies shied away from launches in 2009 as the number of new food and drink products to hit US shelves dropped 30 percent, according to Mintel.

‘EcoSocial’ organic certification arrives in the US

Organic food has entered the mainstream with strong growth in all sectors over the past decade, including packaged and prepared foods and beverages, according to the US Department of Agriculture (USDA).

Aurora Organic Dairy has denied accusations by small-scale farm campaigning organization the Cornucopia Institute accusing it of selling milk that does not adhere to organic standards.

US and Canada agree on organic equivalency

The US and Canada have come to an agreement on organic equivalency standards, expanding organic trade opportunities, US Agriculture Deputy Secretary Kathleen Merrigan announced on Wednesday.

The Organic Center is seeking manufacturers to take part in a new coupon program aiming to engage organic consumers with child hunger – and help them save money on natural and organic foods and supplements in the recession.

DD Williamson has succeeded in sourcing certified annatto extracts for use as food colors, opening up new possibilities for manufacturers to make organic claims on foods.

Symrise says it remains committed to long-term organic sourcing for food and fragrance ingredients as part of a wider philosophy to ensure greater control of its operations ‘from farm to folk’.

Organic foods are yet to gain mainstream acceptance by US consumers according to a new study by a marketing research and consulting firm in the consumer products industry.

Parry Nutraceuticals has said its organic spirulina product has been certified as GRAS, meaning it can be used to enhance the nutritional value of foods ranging from cereals and snacks to frozen dairy.

National Starch is extending its range of Novation functional
native starches to include two new starches from waxy maize that
are suitable for use in products geared towards the certified
organic trend.

ADM Cocoa has introduced new procedures in its cocoa facilities in
the UK so as to be able to supply a new range of certified organic
chocolate to its food industry customers.

Americans will be willing to pay more for environmentally friendly
products in 2008, despite an overall decline in consumer spending,
reveals a new study.

A Californian mushroom firm could face fraud investigations
following accusations that it has violated organic standards and
country of origin labeling laws.

Small organic producers could benefit from proposed US Department
of Agriculture (USDA) funding to help them meet organic
certification costs.

Consumers remain confused about the use of organic product claims,
which has led to people increasingly opting for locally grown food
instead, according to a new survey.

Converting food production to organic may not be as difficult as
some may think, according to a new paper that examines necessary
steps in the conversion process.

A caramelized onion flavor is set to hit the US market, with
manufacturer DD Williamson announcing that it has started
commercial production of its new ingredient, designed for use in
soups and sauces.

Sales of organic foods in the US continue to increase, with the
meat category demonstrating the highest growth rate last year,
according to preliminary results from the Organic Trade
Association's (OTA) 2006 Manufacturer Survey.

Israel-based flavour firm Frutarom has received official organic
certification for the second year running from Quality Assurance
International (QAI) in the US.

The world's largest caramel color manufacturer DD Williamson has
developed a new line of organic caramel colours, which the company
claims are the first to be manufactured in North America.

With the market for certified organic products continuing to grow,
demand for organic hydrocolloids has also expanded - prompting the
leading supplier of hydrocolloids to the US food industry to launch
an organic version of its guar...