Democrat Senator Tom Harkin yesterday sent a strong message to the
food industry, saying that it must move swiftly to stop the
advertising aimed at children that was creating a "botched"
generation.

Natural cocoa in formulations to open up opportunities for makers, new study

The Whole Grains Council yesterday launched its food stamp to the
general public at the Natural Foods Expo West show taking place in
Anaheim. Cynthia Harriman, head of the council, told Philippa
Nuttall how the food industry has reacted...

Russia's consumer rights authority has released details of new
legislation designed to regulate the market for foods targeted
specifically at children in response to claims by manufacturers
that the lack of government rules was...

Democrats Tom Harkin and Eliot L. Engel wrote a hard-hitting piece
in the LA Times on Monday about the human cost of the chocolate
trade, but the cocoa industry has hit back by reaffirming its
commitment to responsible farming.

The number of imported chocolate products into Switzerland has
increased for the fourth year running - but will the EU's looming
CAP reforms soon bring this burgeoning trend to an end, asks Tom
Armitage.

The hurricanes that swept through the US last year caused great
devastation to many crops. Grapefruit prices, in particular,
soared, provoking flavor companies including IFF to come up with
alternatives, Philippa Nuttall reports.

Uncertainties in the sugar market have prompted Amalgamated Sugar
Company to lay off employees at its processing plant in Nyssa,
Oregon.

Barry Callebaut, the world's top supplier of industrial chocolate
to the confectionery industry, has reported a 6 per cent fall in
first quarter sales revenues to CHF1.15bn ($0.97bn) as squeezed
margins bite into the bottom line.

Barry Callebaut, the world's top supplier of industrial chocolate
to the confectionery industry, has reported a 6 per cent fall in
first quarter sales revenues to CHF1.15bn (€0.79bn) as squeezed
margins bite into the bottom line.

Food companies are expecting a tough year in 2005 with competition
and price pressures in the food chain rising to the surface as the
key issues, reports Lindsey Partos.

The boss of UK starch and sugar group Tate & Lyle, currently
enjoying booming sales for its sweetener 600 times sweeter than
sugar, has hooked the European Businessman of the Year award from
leading US business magazine Forbes.

An improvement in the quality of flour ingredients is the focus of
new research by US government scientists who are taking a closer
look at hundreds of different proteins in the wheat kernels.

Number one dextrose producer Corn Products International will drive
operations forward in Korea, buying up the remaining slice of its
Korean business from Doosan corporation.

The bolt-on acquisition of Rhodia Food Ingredients earlier this
year helps boost sales for Danish ingredients and sugar group
Danisco in an otherwise challenging 2004/05 first half.

Against the backdrop of soaring prices for locust bean gum, getting
the best price for the customer is a challenge hydrocolloid
producers must meet if they want to ensure ongoing contracts,
reports Lindsey Partos.

Prices for cocoa remain relatively volatile as political unrest in
Ivory Coast, that produces some 40 per cent of global cocoa crops,
keeps the market nervous.

Nearly half of the world's vanillin supplies are sourced from China
but since tighter production rules arrived there a few years ago
there are now only two major Chinese producers left in the country,
reports Lindsey Partos....

China continues to pull on global commodities with demand for US
soybeans rising in 2004/05 by nearly 50 per cent on the previous
year, reports Lindsey Partos. China's total contracts for
soybeans reached 6.6 million tonnes by...

US gains boost profit for Treatt

A breakthrough into the US market boosts the bottom line for UK
natural flavours firm Treatt that saw sales for the year across the
Atlantic rising by over 40 per cent to €10 million, parallel to a
sales dip elsewhere, writes Lindsey...

The announcement yesterday that DMV International and Arla Food
Ingredients could merge is a further example of how the rising
power and ongoing growth of the multiple retailers is putting
constant pressure on ingredients companies...

Tate & Lyle, the world's only maker of the increasingly popular
sweetener sucralose, must prioritise needs of existing customers as
demand for the additive 'far exceeds our expectations.'

Japanese aspartame supplier Ajinomoto will ramp up production of
its sweetener on the back of growing demand for low calorie food
and beverages, the Tokyo-based firm announced this week.

Looking to new market gains in the UK, US and Australia German
ingredients group Degussa has revamped its line of bakery cream
systems to target food makers with a competitive package, writes
Lindsey Partos.

Maker of the low-cal, low-carb sweetener tagatose teams up with the
number four flavour house Symrise to trial new flavour systems that
could bring cost savings to food manufacturers in their flavour
formulations, writes Lindsey Partos.

Plans for EU sugar reform are unfair and would only benefit the
biggest producers, say 10 member states as new discussions split
opinions across Europe,reports Chris Mercer.

Sucralose tabletop product in US court over advertising

Food makers can expect to see the price of hydrocolloids continue
to move upwards as suppliers, knocked by squeezed commodity
supplies coupled with higher energy and transport costs, pass rises
onto the market.

Danisco Flavours has said that it will double its flavour
production in Asia with the construction of a brand new production
facility at its existing emulsifier and functional systems plant in
Penang, Malaysia.

Convenience foods eaten on the run continue to experience strong
growth as individuals skip the union meal for a solitary event but
new findings from the US suggest that the security of a family meal
could help steer adolescent girls...

Cocoa prices have leapt in London, driven by fears that instability
in Ivory Coast, that produces some 40 per cent of global crops,
could impact supplies.

Barry Callebaut, the world's top supplier of industrial chocolate
to the confectionery industry, has delivered strong profit for the
year, boosted by the integration of recently acquired US
confectionery firm Brach's and...

Research into walnuts, a key ingredient used in a range of cake
products will help lift stagnant sales for food makers in the
sector giving them an opportunity to cash in on the growing
functional food market, reports Lindsey Partos.

Philadelphia-based FMC BioPolymer, the number one supplier of
food-grade carrageenan, will raise prices for this gum by up to 8
per cent as raw material costs cut into margins, suggesting that
cheaper alternatives, such as the semi-refined...

Profits up at Tate & Lyle on strong sucralose gains

Month-on-month growth for Tate & Lyle's zero calorie sweetener
combined with a faster than expected decline in European cereal
prices helped the UK firm post a high single-digit rise in profit
for the first half of the year,...

As governments challenge the high consumption of salt in their
citizens' diets, US researchers shed light on a controversial
30-year-old theory that the high rate of hypertension in certain
ethnic groups is caused, in part, by...

A new chocolate bar made from cocoa from sustainable plantations
was launched in New York late last month by the Rainforest
Alliance, which has high hopes of building on the growing awareness
of ethical products among today's...

Food manufacturers using pecan nuts in their food products can
expect a hike in price as recent hurricanes in the US destroy
nearly half the crops in major producing states. 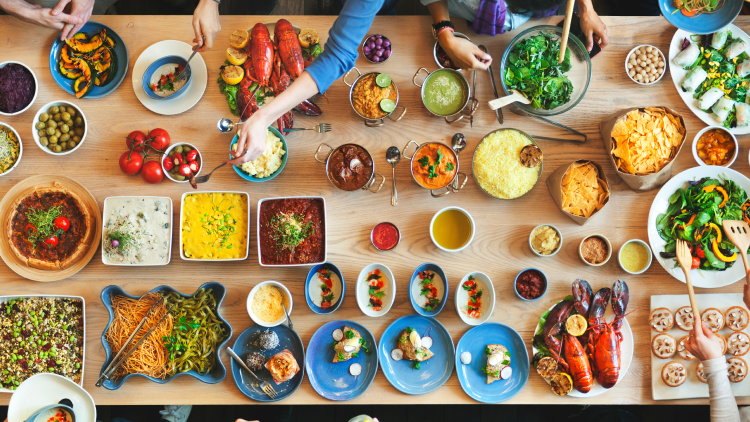