A rat study from Princeton University has claimed that high fructose corn syrup (HFCS) consumption could play a major role in ballooning obesity rates – but some have challenged the study’s methodology.

Low-cal sweeteners do not lead to over-eating: Study

Consuming low-calorie sweetened beverages may not lead to eating more as compensation for the lower calorie load, according to the results of a new human trial.

PureCircle and Imperial Sugar have launched a joint venture to offer sugar and stevia combinations to the food and beverage industry as it looks to meet consumer demand for natural lower calorie products.

BioVittoria has received an FDA letter of no objection that its fruit-derived zero-calorie Fruit-Sweetness sweetener is GRAS (generally recognized as safe), the company said on Monday.

Sugar vs HFCS: What's in a name?

A consumer group has accused the Sugar Association of playing “confusing word games” in pursuit of a narrow commercial agenda.

Heartland Sweeteners has promised to fight an advertising watchdog ruling recommending the removal of natural claims from its Ideal sweetener.

Sweetener company Merisant has completed its financial restructuring and emerged from bankruptcy after one year, having slashed its debt and interest expense.

Redpoint Bio has revealed that is RP44 sweetness enhancer is in fact Reb-C, a component of stevia and a side stream of Reb-A production. It could be used in conjunction with Reb-A and sugar to lower calorie levels further than previously possible.

Fenchem to introduce stevia sweetener in US

Chinese ingredients supplier Fenchem has said it intends to make its stevia-based Reb A sweetener available in the United States.

No evidence for sugar addiction in people, claims professor

There is no evidence that sugar-addictive behaviors suggested by animal studies exist for humans, claims the author of a new scientific review published in Clinical Nutrition.

Olam has increased its stake in stevia company PureCircle to 20 percent, citing strong growth prospects for the company, and making PureCircle an associated company of Olam.

Tabletop sweetener company Merisant has had its plan of reorganization approved, which should pave the way for it to emerge from bankruptcy in the coming weeks, the company has said.

Purac has become the latest company to release a natural flavor masker to help drinks makers deal with the reported bitter or licorice-like aftertaste sometimes experienced with stevia sweeteners.

Stevia could help ready-to-eat cereal manufacturers reduce the sugar content in their products without affecting taste, according to stevia-derived sweetener manufacturer PureCircle.

The strong trend toward natural products is unlikely to encroach significantly on the market for artificial sweeteners, according to sucralose manufacturer JK Sucralose.

Sweetener company PureCircle has raised $67.18m through share placing to invest in the development of its natural sweetener products made from stevia leaves.

Stevia supplier GLG Life Tech has filed a statement of defense against allegations from Weider Global Nutrition that it had breached conditions of their joint stevia business by setting up its own sales team.

‘Moderate’ consumption of fructose-containing sweeteners may produce ‘modest but significant changes’ that may contribute to the development of metabolic syndrome, says a new rat study.

Senomyx has received notification from the Flavor and Extract Manufacturers Association (FEMA) that its new sucrose enhancing flavor ingredient is GRAS (generally recognized as safe).

PepsiCo’s Aquafina Plus Vitamins 10 Cal has become the first mainstream stevia-sweetened beverage to be launched on the Canadian market by using natural health product rules, the company said.

The Center for Consumer Freedom (CCF) has launched a new advertising campaign in an effort to dispel consumer misconceptions about high fructose corn syrup (HFCS).

The sugar industry has engaged with stevia supplier PureCircle at the World Sugar Trade Conference in Singapore this week in order to explore ways in which sugar and stevia can work together.

Finding the perfect stevia blend – natural or not

The first stevia-sweetened products have begun to emerge, but until the sweetener blend is perfected, they could potentially harm consumers’ interest in stevia, said a senior analyst at Mintel.

Sweetening the perception of HFCS

The Corn Refiners Association has said it is very pleased that Dr Barry Popkin has revoked an earlier theory about high fructose corn syrup’s link to obesity – but how much can industry do to mend its reputation?

Cost still an issue for Reb A, claims Rabobank

Cost issues remain for stevia-derived sweetener Reb A although annual sales are likely to reach $700m over the next five years, according to a new report on the US stevia market from Rabobank.

US and Mexico sweetener dispute yields $58m for HFCS damages

A US Court of Appeals in Philadelphia has reopened a consumer-fraud case against Dr Pepper Snapple alleging that Snapple’s ‘all-natural’ label claim is misleading as the drink contains an artificial sweetener.

BASF has entered into partnership with a Brazilian research centre to develop genetically modified sugarcane with higher yields and greater tolerance to drought.

Industry-wide focus on flavor issues is crucial to the long term success of stevia-derived sweeteners, says the executive vice president of Reb A supplier Blue California.

Stevia: The holy grail of sweeteners?

The FDA’s non-objection in December that the stevia-derived sweetener Reb A was generally recognized as safe (GRAS) was greeted with much fanfare – but how has it been received so far by industry and consumers? 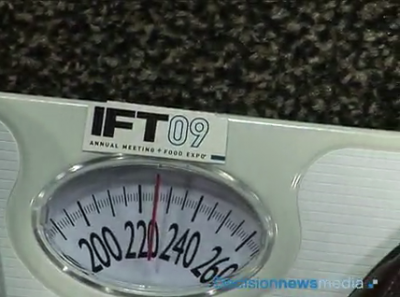 With over 300m obese adults worldwide, it is no wonder that the food industry is keen to offer tasty possibilities to consumers looking to lose weight, and keep it off. The trend is now becoming 'unstoppable', say industry executives.

Bell Flavors and Fragrances has developed a range of honey replacers to respond to uncertainties on the global honey market as colony collapse disorder (CCD) has diminished bee colonies around the world.

Cerilliant has introduced two new certified reference standards for assessing the purity of Reb A, the high intensity all-natural sweetener from the leaves of the stevia plant.

Sweeteners old and new were in the spotlight as Mintel announced the products that won its taste test from last month’s IFT trade show in Anaheim.

Researchers claim to have discovered a particular gene variant that could affect sweetness perception among different ethnic groups, raising the possibility of more targeted flavor profiling of foods. 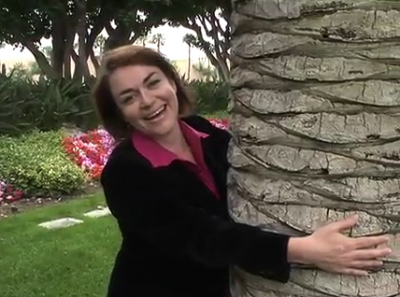 At the IFT trade show in Anaheim, Caroline Scott-Thomas followed the naturally sourced trend tour, and caught up with some of the companies highlighting natural products at the show.

Sensient Flavors has added its flavor masking technology to the raft of products that companies are offering to deal with potential off-notes associated with stevia-derived sweeteners.

Major Reb A supplier PureCircle has disputed recent suggestions that stevia’s potential for use in organic foods could be limited, although it agrees that certification poses problems.

Wild Flavors has said it is aggressively working toward external safety assessment of its stevia extracts as it becomes the latest company to announce the launch of a stevia flavor solutions range.

Major Reb A supplier PureCircle has quadrupled production capacity of stevia extracts at its Jiangxi plant in China as interest in stevia-derived sweeteners continues to grow.

There are now even more options for food manufacturers seeking to reformulate with stevia-derived sweeteners, as Cargill becomes the latest to launch a flavor range to deal with their potentially problematic aftertaste.

The potential of stevia-derived sweeteners for use in organic foods could be limited because of the plant’s diversified cultivation and Reb A’s processed nature, according to Euromonitor International.

Cargill has claimed that the market for its sucromalt sweetener will widen after acheiving FDA generally recognized as safe (GRAS) status last week, and as consumers increasingly demand healthier foods.

Stevia’s expense compared to other sweeteners is a major market limitation, according to a new paper on the stevia market, although industry players say they are working to bring its price down.

The USDA has chosen not to change laws on genetically engineered sugarbeets in a lawsuit filed by the Center for Food Safety and Earthjustice requesting a review of deregulation for the beets last month.

Granular, a European stevia producer, has entered into a joint partnership to build a refinery for the natural sweetener in South America which it said will be environmentally neutral.

Comax Flavors has released a natural masking flavor to mask the bitter aftertaste associated with stevia-derived sweetener Reb A.

Could sugar shake off its bad boy image?

Sugar could be shedding its bad boy image to take a surprise spot on the public’s list of trusted ingredients, as manufacturers look to appeal to more savvy consumers.

Reb A is moving into the sports drink market as Dr Pepper Snapple becomes the first of the big three soft drinks manufacturers to release a zero-calorie sports drink sweetened with Reb A, the natural sweetener derived from the leaves of the stevia plant.

Dr Pepper Snapple has released an all-natural version of its iced tea which uses high fructose corn syrup (HFCS) instead of sugar, but has denied that it was driven by trends for natural ingredients or any consumer choice to avoid HFCS.