Speaking at FoodNavigator-USA’s Futureproofing the Food System​​​ virtual summit, Nusqe Spanton, ​founder and CEO at Provectus Algae​ – an Australian startup developing an automated growing platform it claims can unlock algae’s potential as a source of high-value ingredients – said finding organisms that can consume sustainable, cheap, feedstocks is mission critical for the long-term health of the biomanufacturing economy.

(Watch this session on demand by registering HERE​​ and selecting the session entitled ‘FOOD TECH IN FOCUS: Sustainable sourcing for colors, flavors, and sweeteners; and plotting a future for dairy… without cows')

Provectus Algae: ‘T​his is actually the biggest problem in synthetic biology as an industry’​

Spanton added: “I think this is actually the biggest problem in synthetic biology as an industry... the cost of sugar has gone up substantially in the last six months alone and if you're developing platforms that are coupled to those feedstocks, it’s a huge issue. Taking feedstocks from other industries ​[food crops, for example] is also kind of robbing one ​[industry] to pay the other. ​

“So what we specifically focused on at Provectus Algae is looking at the cheapest and most available feedstock on planet earth, which is carbon dioxide, which is free of charge in our atmosphere, and essentially pumping that into our systems. So we're converting C02 into valuable ingredients with no other feedstocks than light itself, which can be generated off sustainable and renewable energies.”​

Synthesis Capital: ‘​One of the most exciting areas is around so-called C1 feedstocks’​

Fellow panelist Dr David Welch, ​co-founder and CSO at ​Synthesis Capital, an investor in early stage food tech firms, said: “One of the most exciting areas is around so-called C1 feedstocks ​[low-cost abundant feedstocks such as carbon dioxide] and there are companies such as Arkeon and Solar Foods that are using these, but what's exciting is a demonstration of the scalability of these technologies outside of the food space with companies like Solugen, which are already producing chemicals in this way via scale.”​

He added: “Using food waste or industrial waste as a feedstock is more challenging and ​[in the short term] there are probably easier sources to work with, such as glycerol… because ultimately you need it to be as cheap as or cheaper than glucose, and if you're having to do all this processing to turn something that's a waste material into sugar, in the end, it's going to be more expensive and potentially not as sustainable as you as you think.”​

That said, much depends on the microbes you’re using, noted Ricky Cassini, ​​CEO and co-founder at Michroma​, a startup building a production platform for natural food colors from fungi.

“Filamentous fungi are amazing decomposers and that's a great advantage that we can leverage with our platform as they can grow on several industrial waste streams and what we are using is agro-industrial waste.. we are getting better yields using our industrial waste than with glucose.”​

Provectus Algae: ‘By changing the light which we're delivering to the algae, we're able to manipulate genes and switch them on and off to make algae produce what we want it to produce​…’​

When it comes to which microbes make the best production vehicles, it’s a case of horses for courses, said the panelists, but there are some exciting new opportunities to use algae to create ingredients in addition to current workhorses such as yeast and bacteria, said Spanton at Provectus Algae​.

“We've developed a platform to be able to search algae species, which are hugely diverse; more than 300,000 different strains.  It all comes down to how do we build a platform to be able to quickly identify the right microbe to produce the ingredient we're looking for and then utilize our technology and our ability to manipulate that microbe - most of the time naturally using the environment to manipulate its genetic profile or up regulate or down regulate certain things in that species.​

“That’s opening up opportunities we've never been able to do before because algae is exceptionally hard to grow.. so we've got a coloring coming to market next year for the alternative protein space; we've got specialty flavorings, volatile chemicals that we're pulling out naturally out of the algae that were that have never been looked at before.”​

He added: “99% of algae can’t grow in natural sunlight… and so the ability to look inside the algae and understand what type of light it requires is basically what we do… it's very different to you and I and bacteria and yeast, where essentially we eat sugar, and convert that into energy. Here we've got a microbe that’s the same as plants that takes light energy and converts that into sugar​

“By changing the light which we're delivering to the algae, we're able to manipulate genes and switch them on and off to make algae produce what we want it to produce.”​

Michroma on red colors from fungi: ‘We’re targeting our new classes of molecules that can survive wide ranges of pH from 1-10 and are also heat stable so they can even survive extrusion processes’​

CRISPR, meanwhile, is enabling Cassini at Michroma to unlock new opportunities from filamentous fungi, he explained: “There are so many species of fungi and we only know about 5% of them, so there is a lot of potential to continue exploring the fungal space. They can create a wide diversity of very complex molecules, antibiotics, enzymes, organic acids, so they are very interesting and sophisticated microorganisms.​

“One of the things that allow us to create biofactories is CRISPR, which has unlocked the power of fungi. Fungi have the best secretion system among all microorganisms, they can secrete the target molecule that we are producing so it doesn't kill the cell, so we can reach much higher titers… and this is our great advantage to lower the cost of production and go from high value ingredients like colors, and then in the future, lower cost products. ​

“Plant-based red dyes are not performing well enough, so we are targeting our new classes of molecules that can survive wide ranges of pH from 1-10 and they are also heat stable so they can even survive extrusion processes.”​

But what about ditching the cell?

In one example, Debut takes some of the machinery of cells (custom-designed enzymes, nature’s tiny biological catalysts) and immobilizes them (essentially fixing them in place) such that they can convert low-value materials such as glucose into high-value ingredients, in a continuous​ process, he said.

This allows Debut – a UC Irvine spin-off - to operate across a wider range of conditions (pH, temperature) and allows for metabolic transformations that are not possible in cellular [microbial fermentation] systems, he claimed.

“'Cell-free biomanufacturing' is a fancy term in the industry for complex enzyme catalysis. So when we first started, we just took the enzymes from the cell and started placing them in isolated systems and… we saw about a 1,000 fold improvement ​[in titers] for one of the red colors we were working on…​

He added: “The other thing is, sometimes when you're looking at step transformations to ingredients, one enzyme might like pH 4 at 30 degrees and the next one in the sequence might like pH 8 at 48 degrees and hates oxygen, so being able to ​[break free of the cell] has allowed us to overcome some of the concentration and titer bottlenecks that we see with colors and other ingredients.”​

So what is Debut making? “Some of our first ingredients are anthocyanins and they're coming to market next year,” ​said Dr Britton. “But we also have carotenoids and other classes of molecules coming to market where the titers have been improved 1-5,000 fold ​[vs using traditional microbial fermentation].”

Cargill: '​How resistant are you to being contaminated? Because as you scale that becomes more and more of a pressure'​

But stepping back, when does it make economic sense to make ingredients in a fermentation tank vs in a field, for example?

Dr Erin Marasco, ​​global biology lead ​at Cargill​, explained: “When you start to develop your techno-economic assessment, you have to take into consideration the difference in use rates and that's going to dictate the scale of your fermenters, the turnaround time and all of the economics of production. ​

“So if you take a protein versus a high intensity sweetener, a protein is going to be at a much higher use rate in your final product, for example.​

“Also… how do you get the organism to avoid all of the pathway byproducts and really focus on getting to the right molecule of interest? So you can do some engineering in your organism to… maximize your flux and minimize your byproducts, and when you do that, you get a better more refined end product, which is what the downstream team wants to see.”​

In general, she said, “You want an organism that's going to be commercially relevant, and that's going to operate well under your production conditions, so that's thinking about pH, temperature, and also contamination. How resistant are you to being contaminated, because as you scale that becomes more and more of a pressure.”​

​To watch the panel debate on demand, REGISTER HERE for free ​​​and select the session entitled ‘FOOD TECH IN FOCUS​​: ​​Sustainable Sourcing for Colors, Flavors, and Sweeteners; and plotting a future for dairy… without cows​’​

“​I see a lot of white space on the downstream side, where there hasn't been as much innovation in terms of making purification more efficient for producing these types of molecules in a more cost effective way, not only for producing very pure ingredients, but also utilizing some of the side streams from these processes.” ​

“The availability and access to DNA has really accelerated the development cycle and democratized the science for many companies, but there's also more curiosity about the space… and these factors along with the additional asks of sustainability are really making this an attractive opportunity for ingredient production. I really think we're just scratching the surface of how this​ [precision fermentation] technology is going to be harnessed in the future.” ​

“The manufacturing technology around biomanufacturing is quite archaic… so in order to build a manufacturing platform that's cost effective, we had to re rethink the way biomanufacturing works to be able to build facilities very fast and modular but also have a completely cloud-enabled system that doesn't require human intervention at all from start to finish.’ ​ 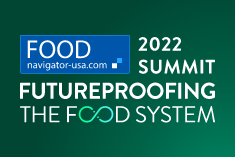 Bacillus coagulans SNZ 1969TM is an exceptional probiotic strain due to its stability, 50-year history of use and efficacy supported by twenty plus publications.

Withania somnifera (Ashwagandha) is one of the few herbs with significant effects on both psychological and physiological aspects of human functioning.